On 7 August 2014, following a competitive tender by the Government of Rwanda (the “GoR”), Shema Power Lake Kivu Ltd. (“SPLK”) was awarded the right to develop a 56 MW methane extraction and gas-to-power project on Lake Kivu, Rwanda. A 25-year power purchase agreement (“PPA”), Concession and Implementation Agreement (“CIA”) and a Government Guarantee were executed on 8 December 2015 between SPLK, the Rwandan Energy Utility Corporation Limited (“EUCL”), and the GoR respectively.

In February 2019, Highland Power Limited acquired 100% of the issued share capital in Symbion Power Mauritius Ltd made the investment decision to fund the Kivu 56 Project from its own resources.

An amended and updated PPA and CIA was executed on 29th March 2019 and replaced the previous PPA and CIA.

The Project will have principal elements as follows:

• Gas Plant – four (4) GEF Barges located in a concession area approximately [5.5] km offshore on Lake Kivu, with each GEF Barge connected to two (2) FRSS units and an export pipeline, tethered 20 meters below lake level by polyester lines and concrete anchors, which will transport pressurized gas that has been extracted from the lake and compressed on the surface of each barge to an onshore gas processing facility that will ultimately consist of four wash-water towers. The Wash Water Towers will remove CO2 and other impurities from the gas stream to produce a quality of Gas suitable for the Power Plant.

Other major onshore process equipment will include one pump and inline gas heater per GEF Barge, and a gas metering and monitoring system. A separate pipeline will discharge the rejected wash water containing CO2 into the lake at a depth of 80 meters.

• Power Plant – Nineteen Caterpillar biogas gensets, each capable of running on gas with a minimum CH4 content of [65%] and having a technical capacity of [3.790] MWe at site conditions, together with associated infrastructure including auxiliaries, step-up transformers, bulk earthworks, controls, and buildings. The main equipment, design, management, construction and installation contract falls under the scope of the Project. EUCL is obliged to connect the Kivu-56 Project to the grid and is responsible for the construction of a 220-kV transmission line to evacuate the electricity it produces. 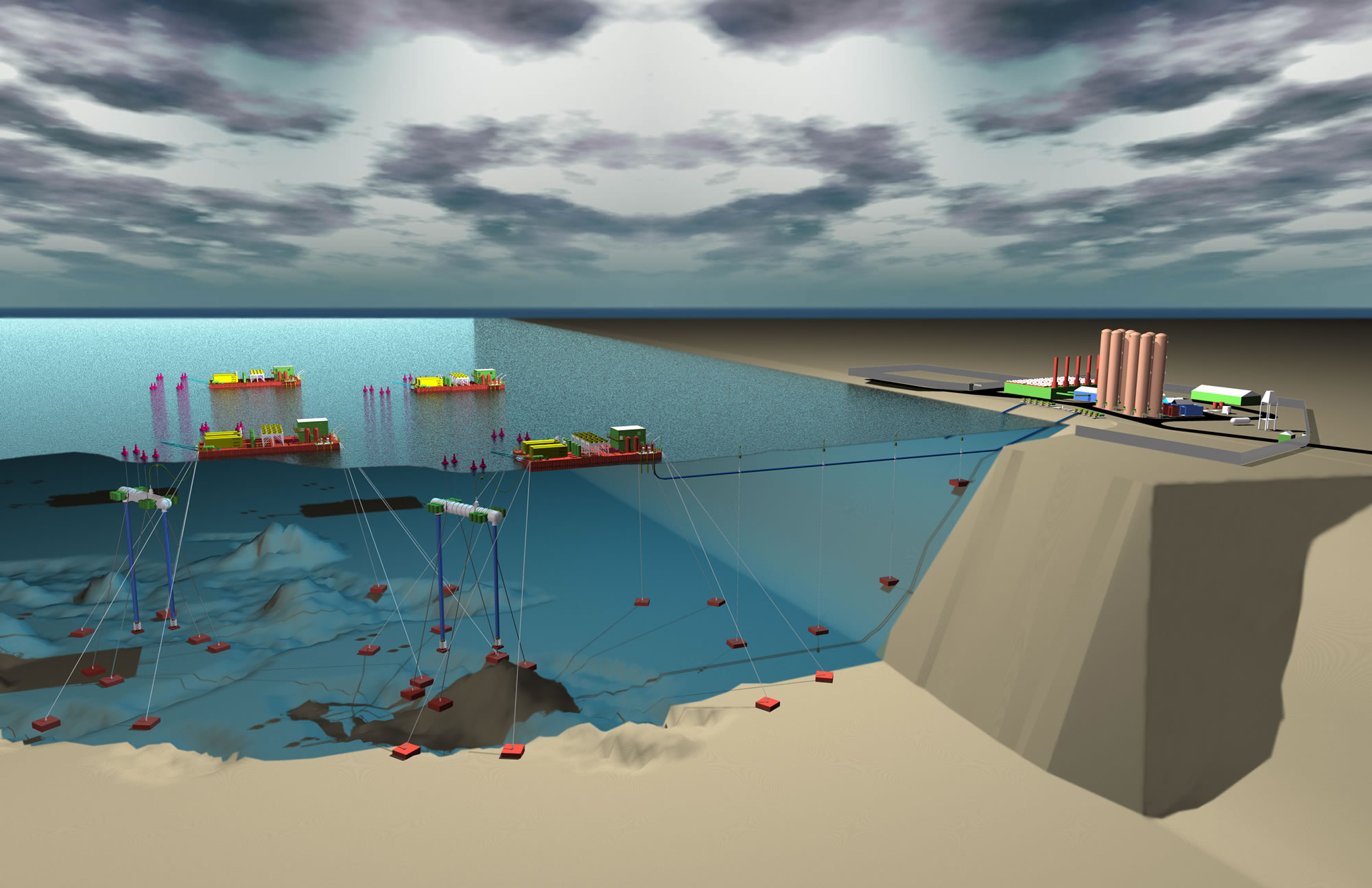 This is a depiction of Project layout, integrating the offshore and onshore elements. Each GEF Barge has a tethering system and two (2) FRSS as shown for the GEF Barge to the forward left.